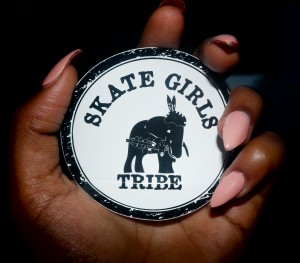 We arrived to NY on Friday evening. We stayed in Queens, NY. Our condo was small but we managed to make it comfortable for all. 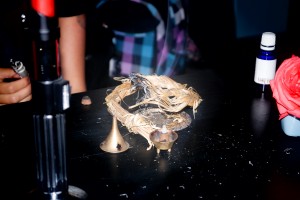 On the first night we set down around the table, meditated, burned incense to cleanse our souls and bodies. It was a very peaceful evening of bonding and stories sharing. 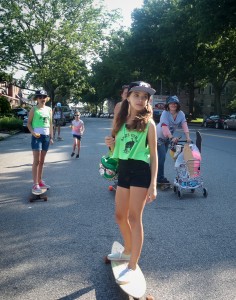 On Saturday, the day of the Longboard Race, everyone woke up bright and early. We longboarded on the streets of Queens until we caught taxis. 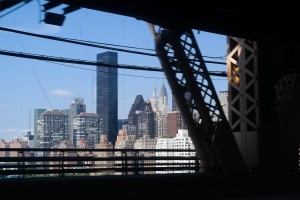 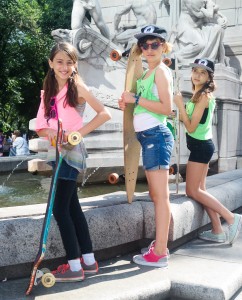 We rode through the busting NY city and met up with the other skaters in Central Park. 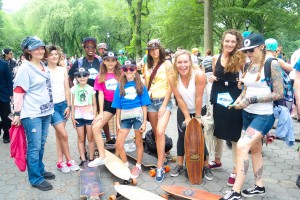 It was a hot day but everyone was excited for the race. Everyone who came with Skate Girls Tribe was ready! 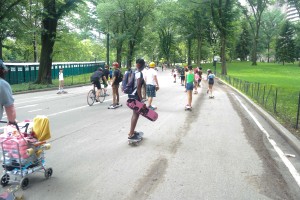 As soon as the race started everyone charged forward. There was a stampede of longboarders. Everyone skated on, some breaking off from the crowd, other falling behind. 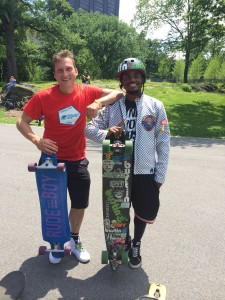 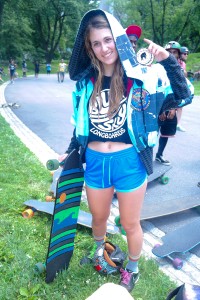 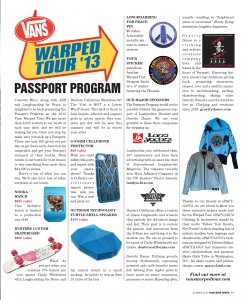 Both Kiefer and Clio got limited edition sPACYcLOUd jackets as prizes which were featured at Vans Warped Tour 2013 and Concrete Wave Magazine 2013 June issue. There were many other sponsors at the event including Sector 9 and Rude Boy and many riders got prizes and giveaways. 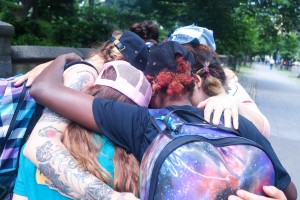 After the race several girls from the Skate Girls Tribe got lost in the park. Kiefer Dixon and several people from Broadway Bomb helped us to find our tribe members.  We were very grateful to them. They made us feel part of their family. 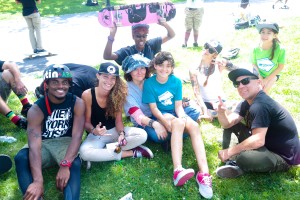 On Sunday, we woke up early and ready for another day of adventures. 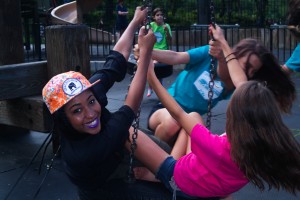 We drove to East Village and visited rad shops, parks, and playgrounds. Everyone was tired but we felt happy and still energized. Everyone had such a good time and we can’t wait until our next adventure! 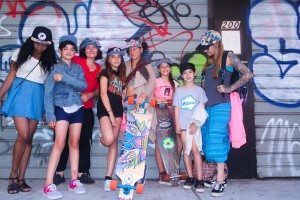