Skate Girls Tribe took to the streets of Havana earlier this month, and it was truly a life changing experience. Before the trip, though, so many people warned us about contracting the Zika Virus, being arrested for simply being Americans, that we would not be able to get visas, not find food, and, most importantly, that we would not be welcomed by the Cuban skate community. In other words, we had no idea what to expect, but thankfully our trip surpassed all expectations. 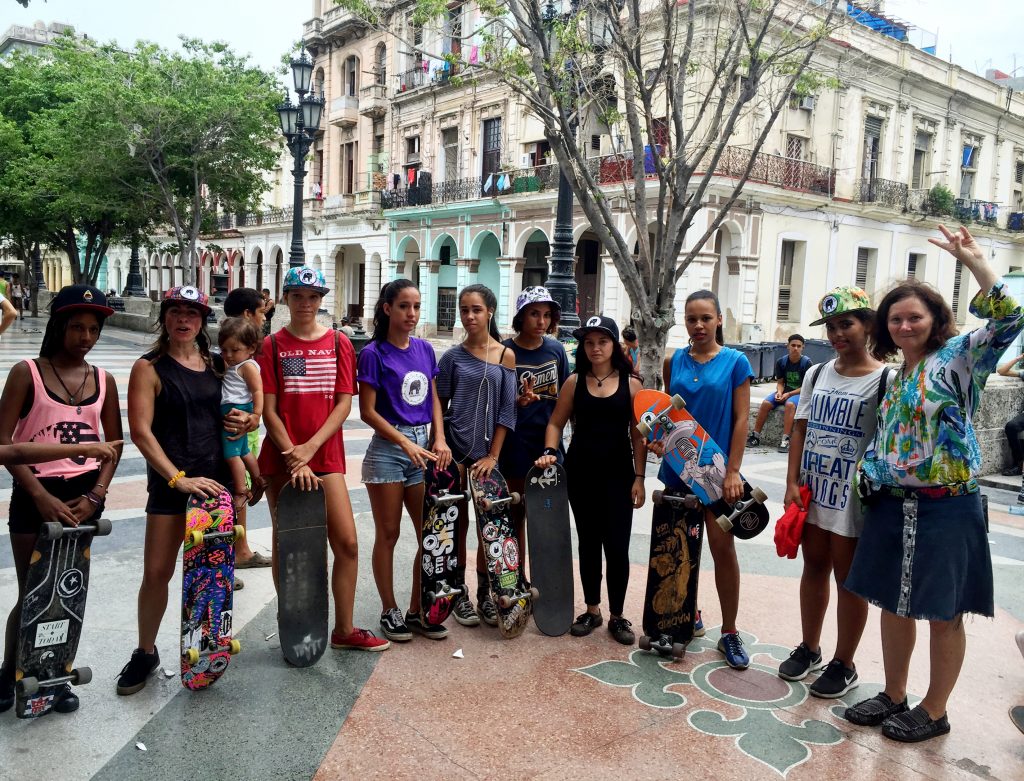 We stayed in the Havana, and were immediately immersed in their culture of art, music, poetry, dancing, architecture and historical monuments. It really felt like being in a 1960s movie, that we had gone back in time with the deep thrum of old Cadillac, Chevys, Dodges, Buicks, Fords and other cars that were brand new when John F. Kennedy was the President of the United States. We also saw Russian cars imported between  the Cuban Revolution in 1959 and the fall of the Soviet Union in early ‘90s. There were Vases, Jigulis, and Ladas which was a reminder of USA-Soviet Union presence in Cuba and the tensions were still felt in the air. 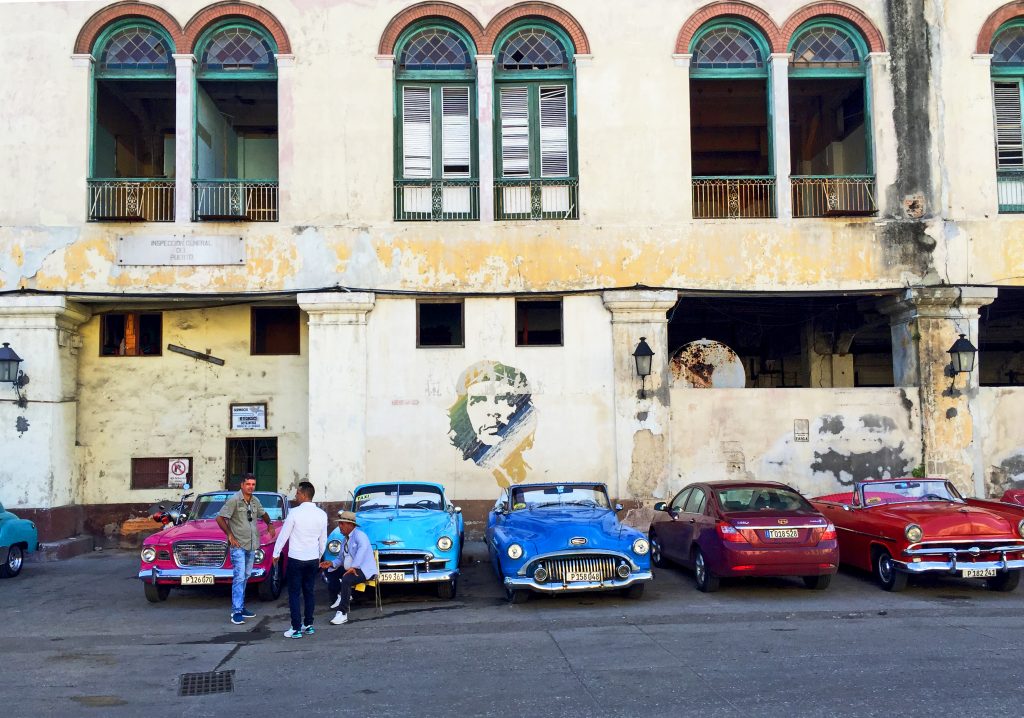 We arrived on Aug. 15, a couple of days before our skating contests and had time to stroll through Old Havana. We were directed to the Prado, that iconic pedestrian boulevard connecting Havana Harbor to the Parque Central and the Capitol building, a local skateboarder hang out. Cuban girls were very excited to meet us and our pro skateboarder Natalie Krishna Das. 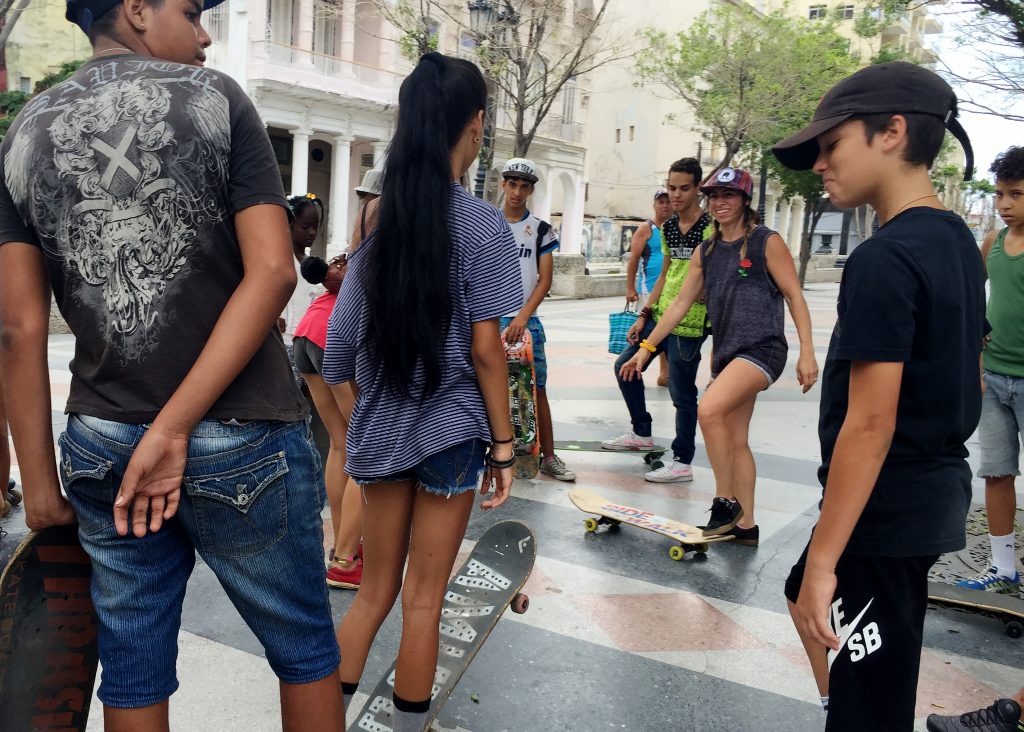 After all of the warnings and advice from friends in the U.S., we were greeted with love and open-mindedness.  We had no translator and communicated with our eyes, body movement and hand gestures. But truly, we spoke the same language, that of passionate skaters who never take no for an answer. It was an amazing feeling to be welcomed by these Cuban girls into their skate scene. 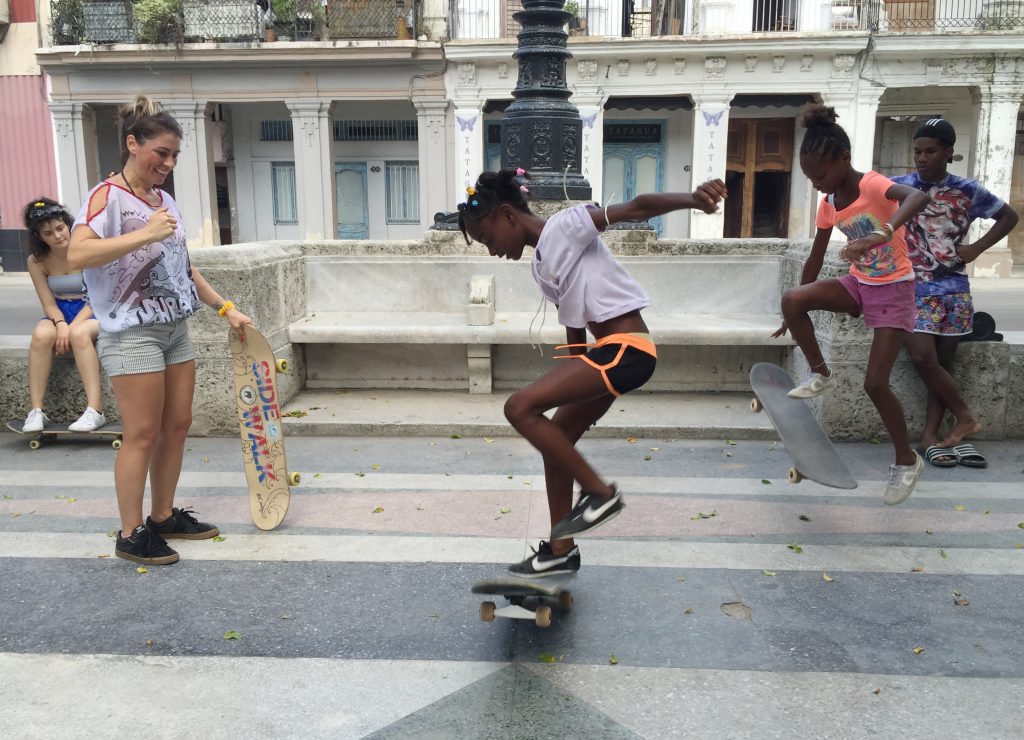 At 11 a.m., on August 19, we held a longboard freestyle, a ramp jam and a skateboarding street contests.  The event was attended by a dozen of Cuban girls at the Cuba Skate Park in Havana, but there were also lots of boys. When we started the contest, boys tried to skate where we were, and made negative comments. In that respect, it felt just like home. And just like home, it didn’t stop us. 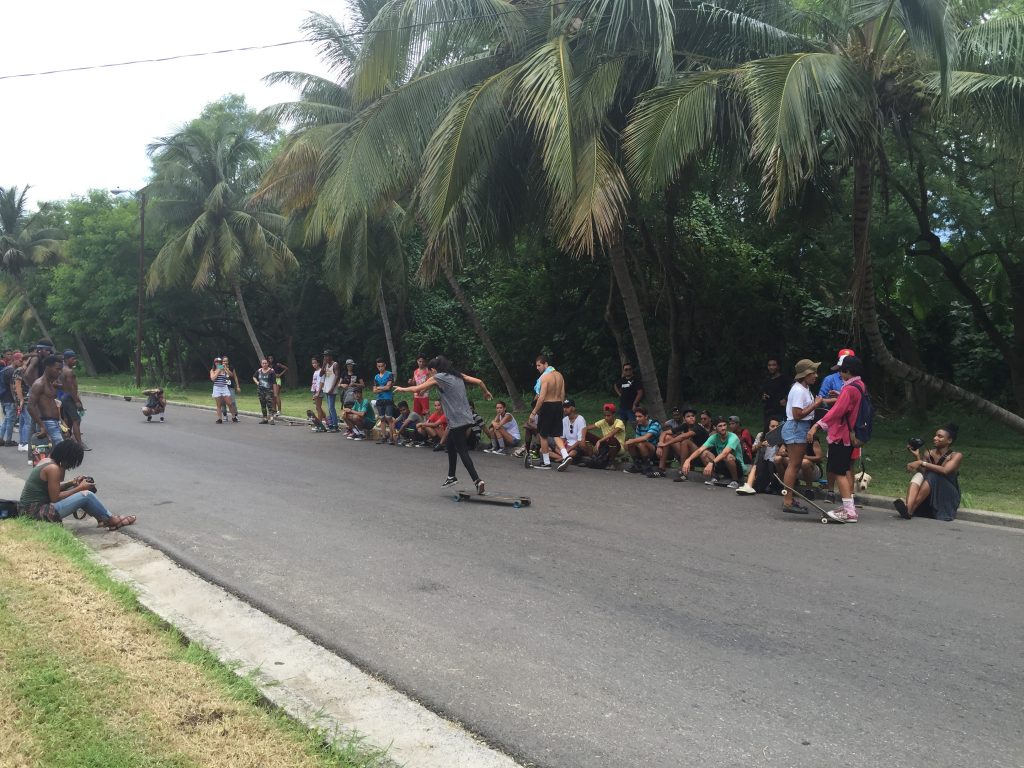 Eventually boys calmed down, sat down and watched us. Natalie did a demo and everyone watched with admiration. At the end each participating girl received a prize. 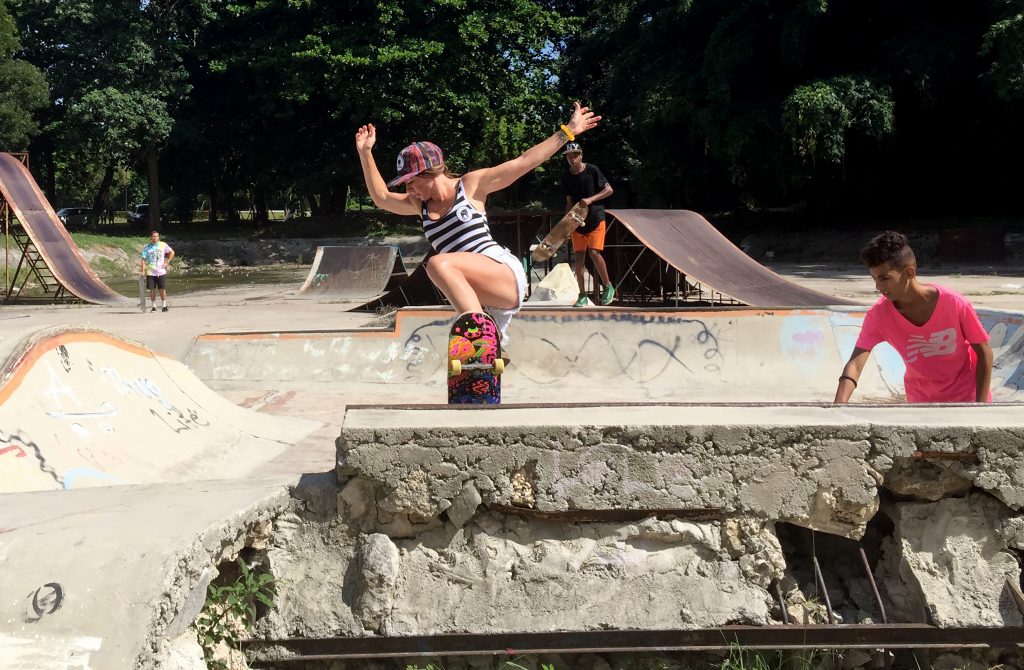 We went to the Prado on the next day and were immediately greeted by a group of skaters. They were excited to see us and eager to learn new tricks. We did a skate clinic and taught everyone new tricks, a few of which were mastered by girls almost immediately. Once again we did not have a translator, but through their eyes we saw only one thought: “Please teach us more. We want to learn.” 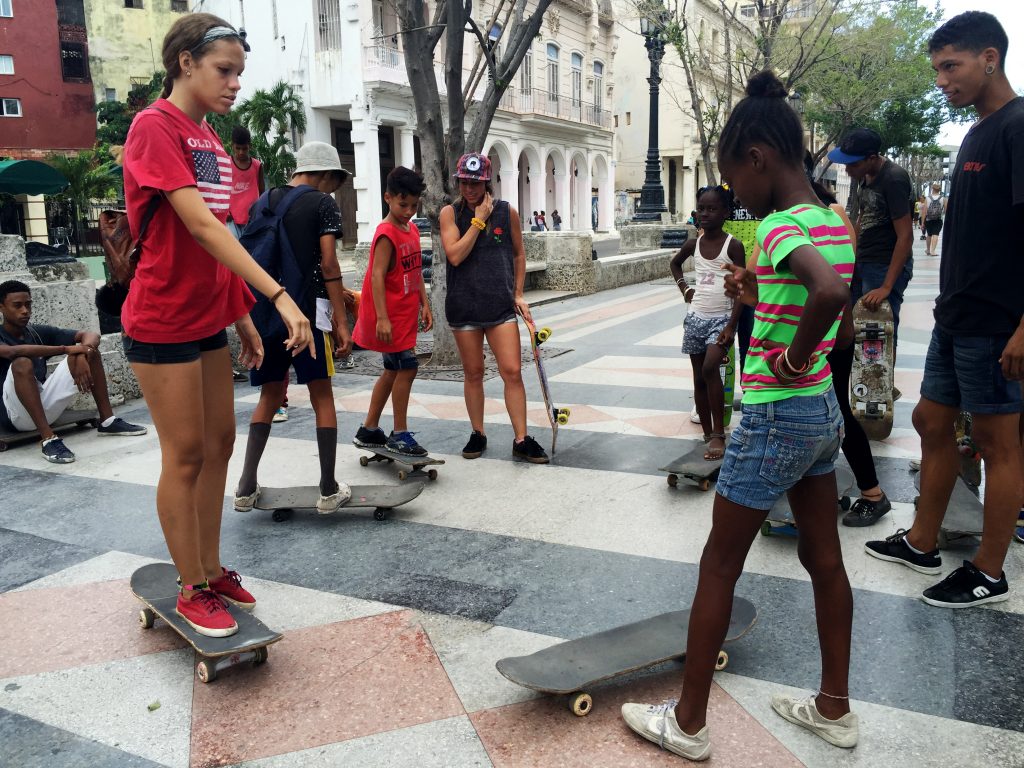 Since there are not skate shops and shipping services to Cuba are non existent, male skateboarders get skate gear from various U.S.- based skate organizations. That means that the girl skaters in Cuba receive hand-me-down boards from their brothers. Their skate gear is very old, many times broken and with tearaway wheels.  Some girls skateboarded in their sandals, and the next time we go, with support of Vans, we plan to take  tons of new shoes, and hopefully new wheels and anything else we can carry. 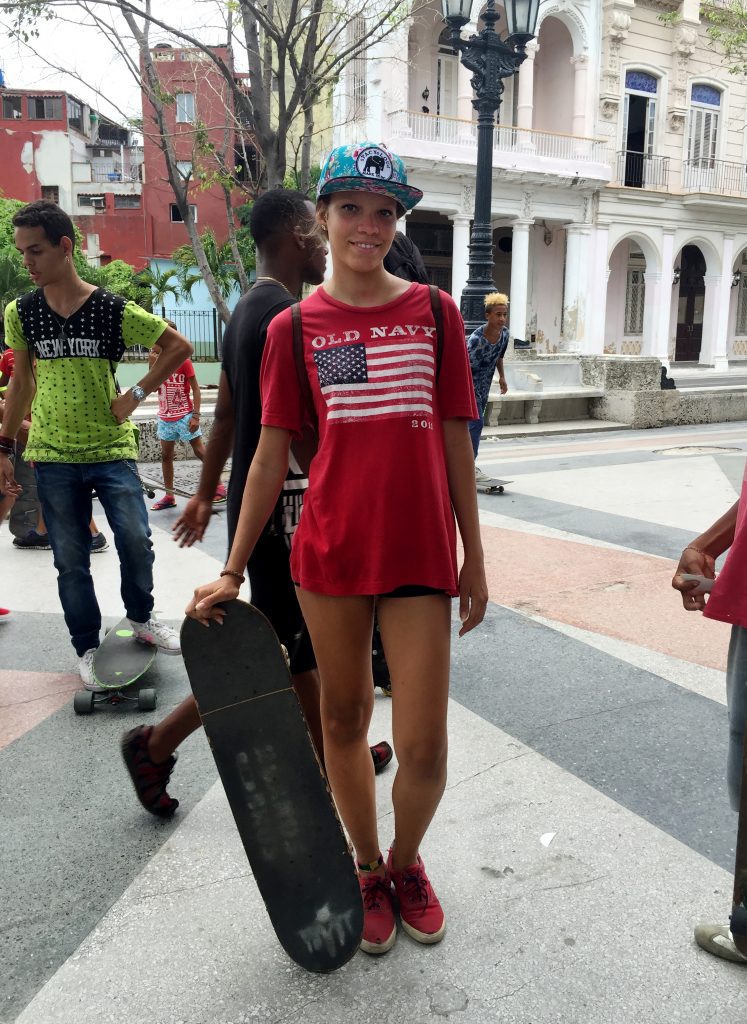 On our last day, we decided to give our boards to local girls who lived the next block from our airbnb whom we watched everyday from our balcony. They were playing on the street and, one day, two of them were sharing a pair of rollerblades, one was riding a left shoe and the other right shoe simultaneusly. There was no question: these girls have the right spirit and deserved our boards. 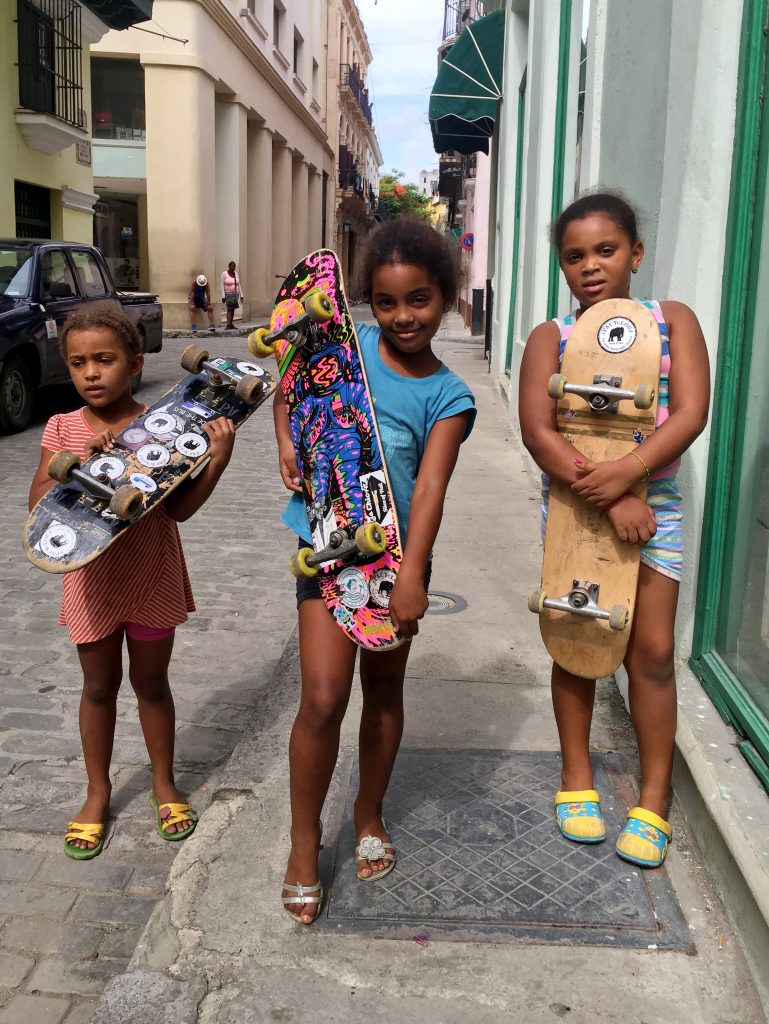 We went to Cuba to inspire, encourage and connect with local girls, to tell them what they are doing is good and to keep believing in themselves. We came back with a great sense of accomplishment, and a deep desire to return. 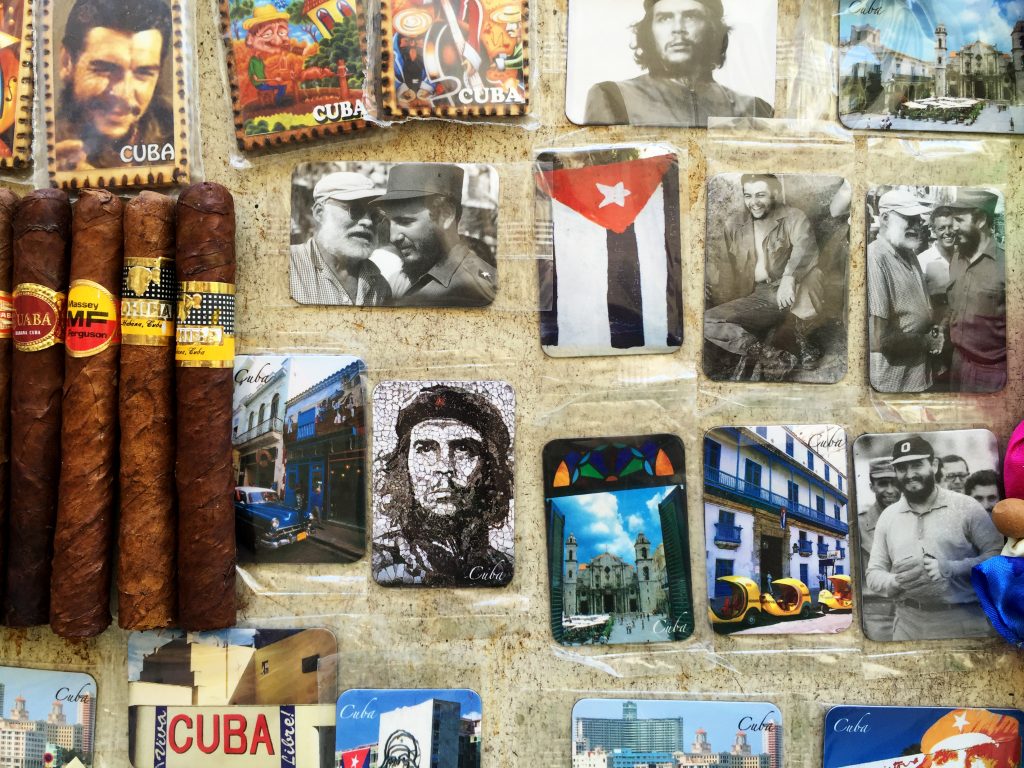 Big S/O to sPACYcLOUd for sponsoring our trip to Cuba. This project was also made possible with help of Amberly Arlene Ellis, the director of the 2017 documentary film Hermanas en Ruedas (Sisters on Wheels), which closely looks into the lives of female Cuban skaters.

Thank you to all individuals and companies who made our mission in Cuba possible:

On August 5th, sPACYcLOUd hosted a fundraiser to raise money for Skate Girls Tribe’s trip to Cuba.  It was definitely a success – thanks to everyone who showed their love and support for the team! The contributors included family and friends but also local businesses such as Get Hemp Butter, Mellow Mushrooms, La Tasca, Cuba Cuba, Smash!, Bourbon, LSTN, Tenley Pop Dance Studio, Hemp Kettle Tea, and Embassy Suites.  Team sPACYcLOUd was stoke! 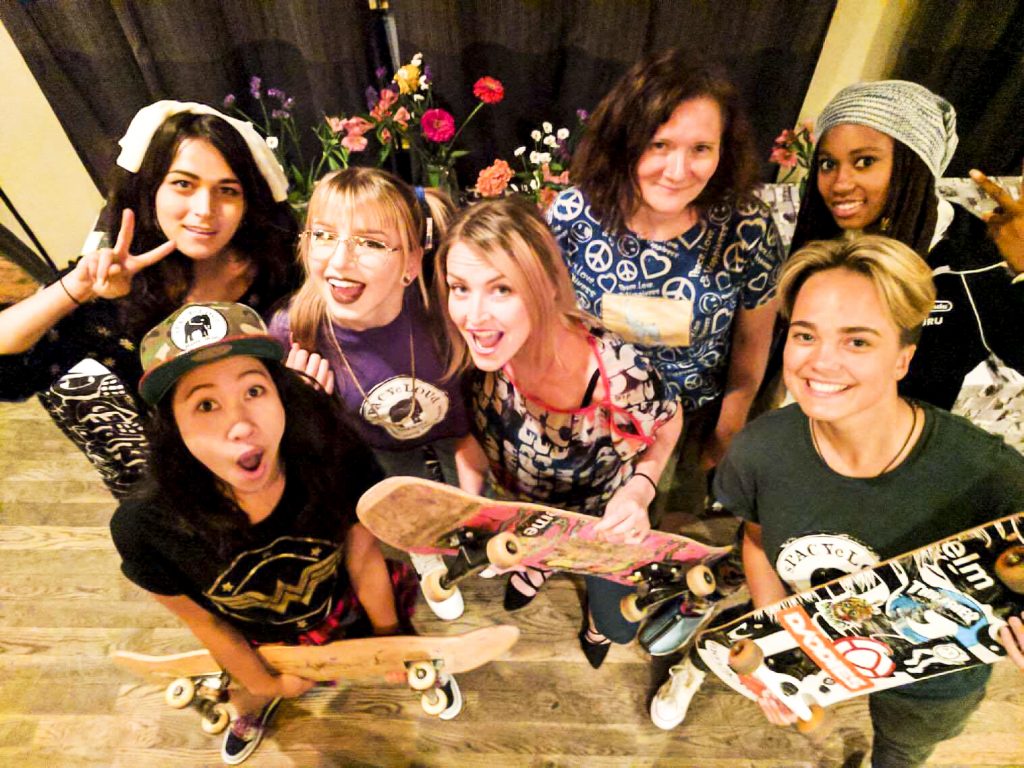 The event kicked off with the ragga jungle mixes from DJ Gogo Craig and DJ Blaze One from Tribalistix. They sure know how to get the party started! 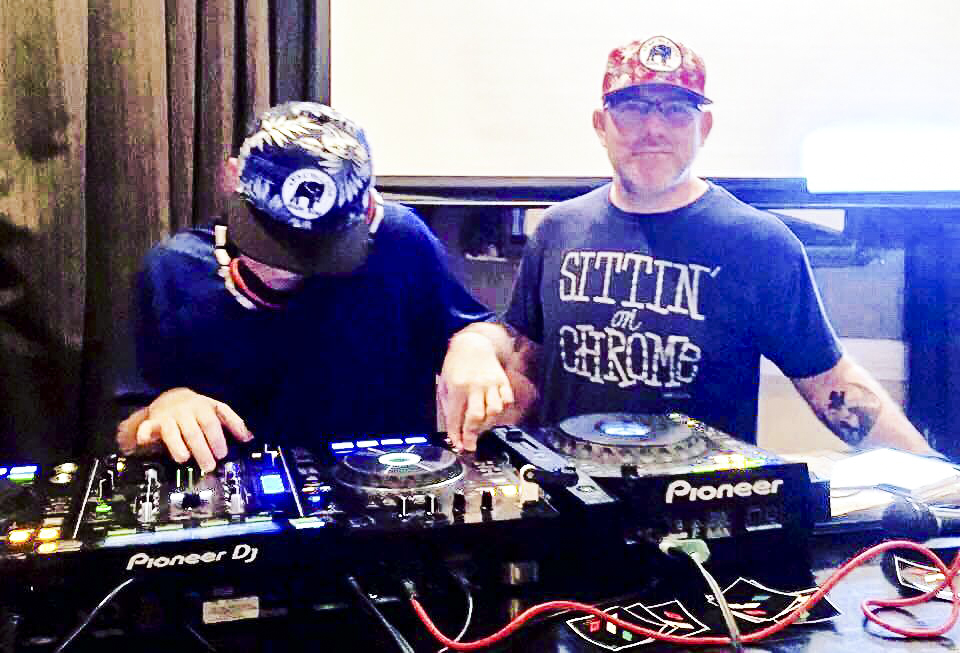 Visitors were already making their silent auction bids as they jammed to the music. 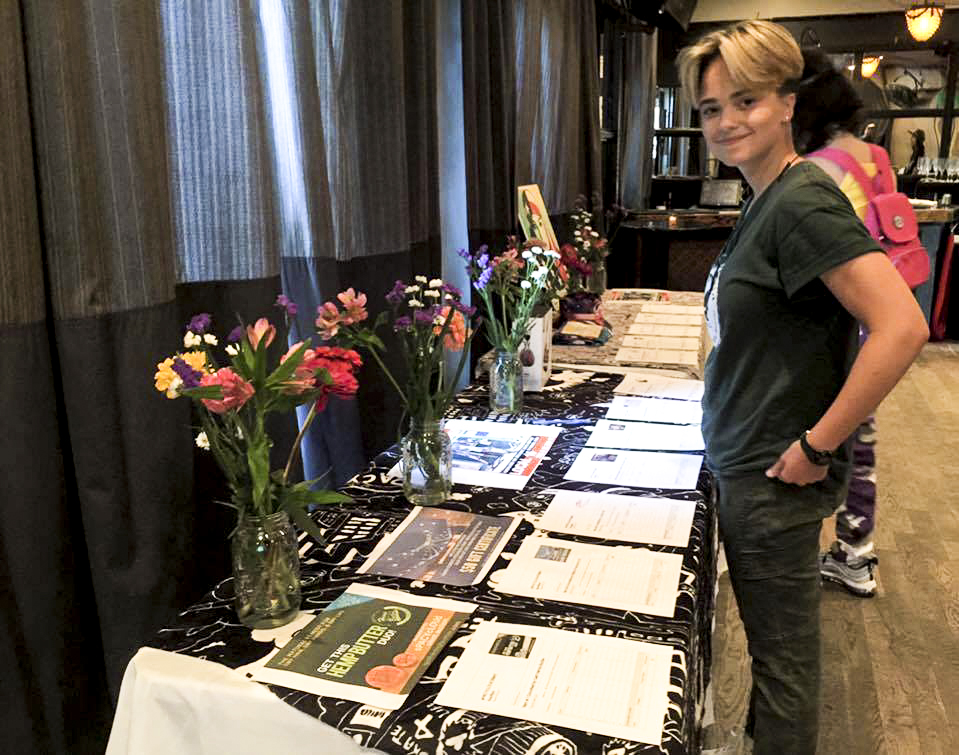 The event also included “Hermanas en Ruedas” documentary screening by Amberly Alene Ellis.  The film depicts struggles of female skaters in Cuba, their personal stories on how they discovered the sport and unique challenges facing women skaters as their numbers grow. 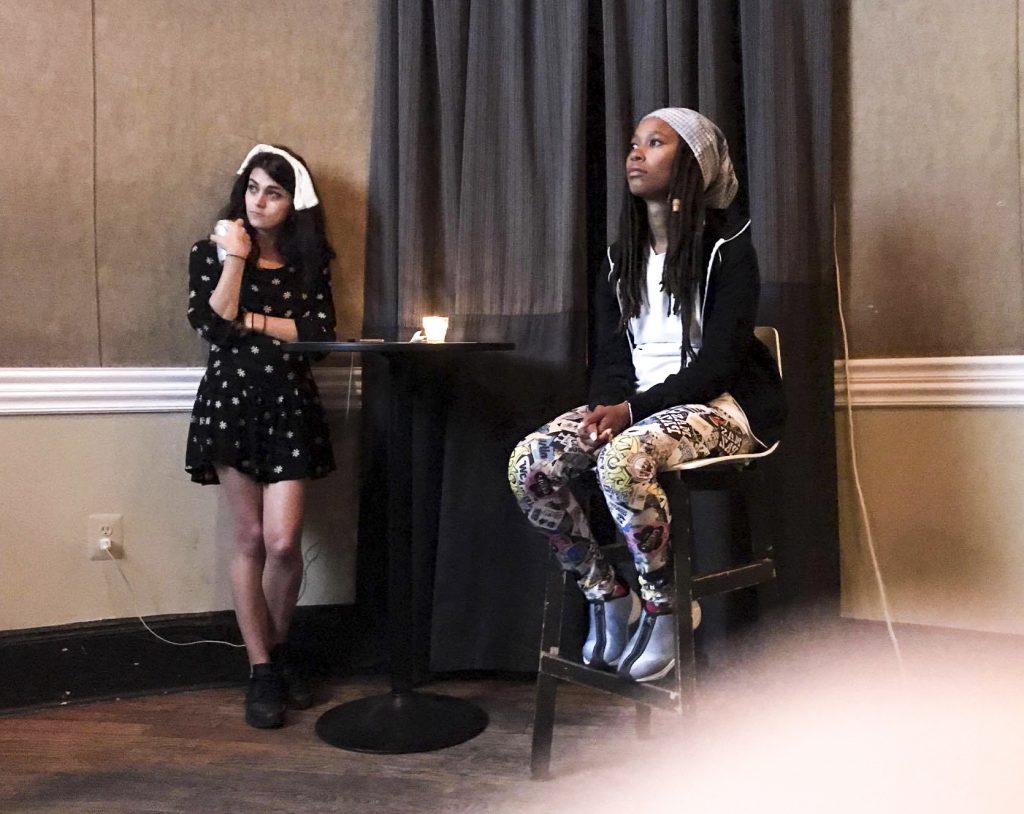 The film helped us to connect to women in Cuba on many different levels. In DC or Havana, we see similarities in our struggles. Skateboarding inspires us to take action and make positive changes in the daily lives and keep our passion alive. It also helps to break down walls and barriers and allow us to understand one another. 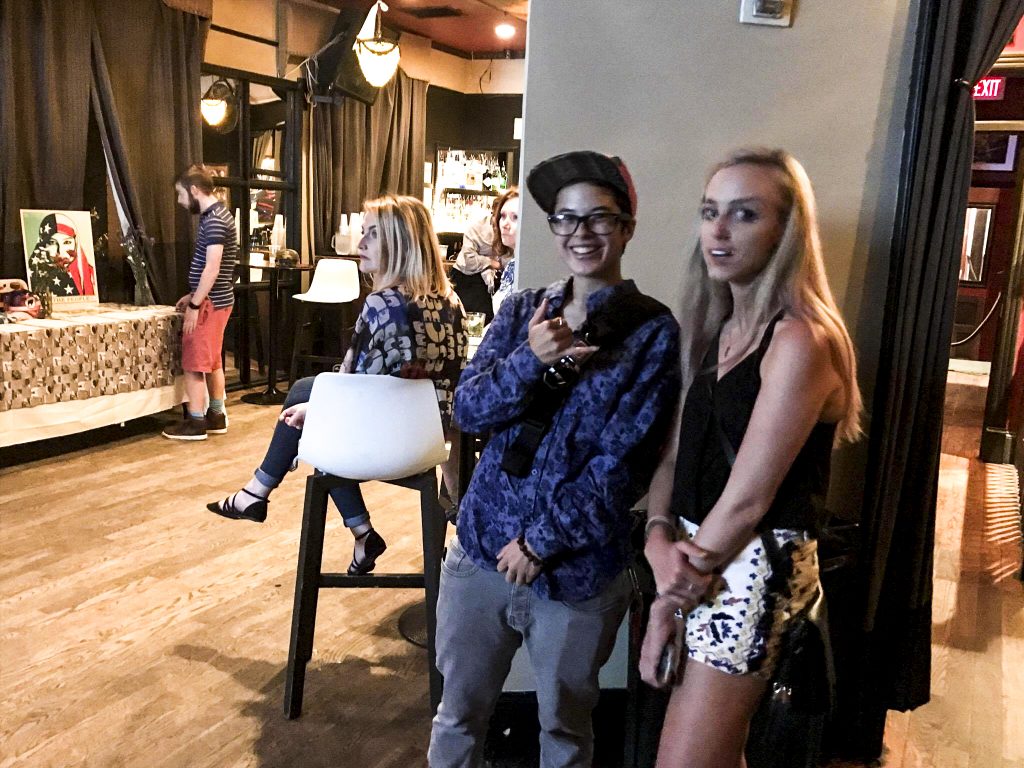 As the auction came to an end, participants were hyped about receiving their items and everyone was impatient for the final outcome. The results? Everyone was a winner! We made new friends, got inspired by female shredders in Cuba, raised money for our trip, learned about Cuba, danced, and grooved. Every person benefited in their own way from sharing love and support for Skate Girls Tribe and sPACYcLOUd! 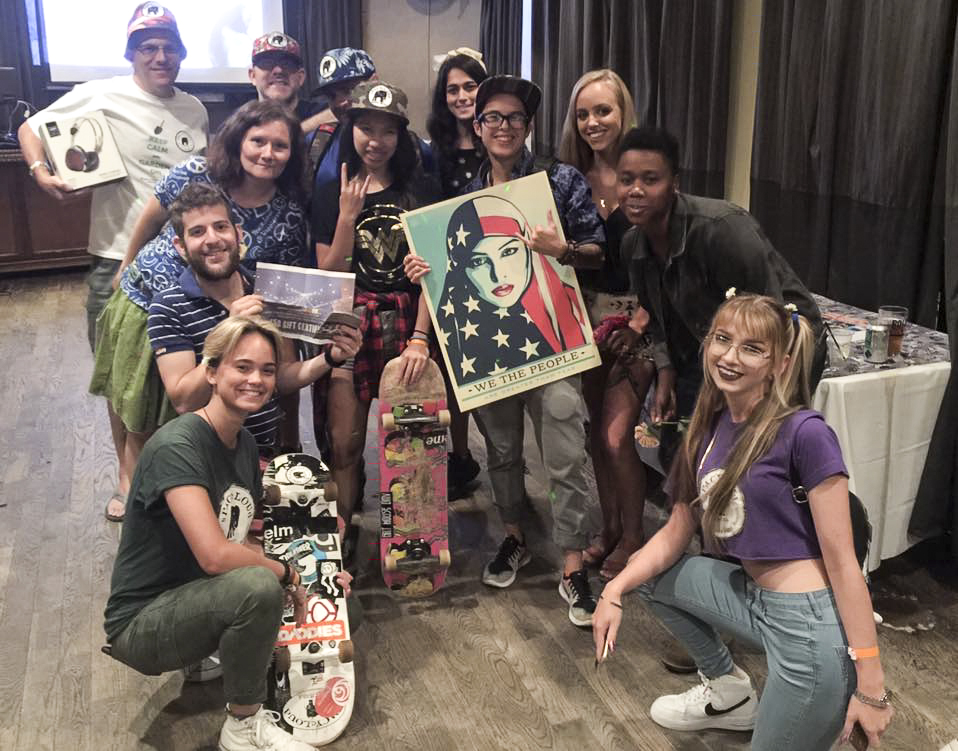 Big “Thank You” to Local 16 for hosting our event! It would not have happened without them.